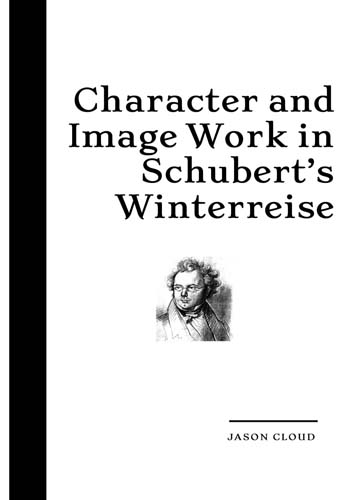 Character and Image Work in Schubert’s Winterreise: A Tragic Existential Angst Coming into Play as Hope, Innocence and Beauty Are Taken Away from Us.

Abstract: A dramatic monologue suspended in darkness and despair rather than a story with a plot, this collection of ghastly songs is nothing like the works of Schubert’s peers during the Romantic Era. Having Winterreise in one’s repertoire is regarded as a milestone of maturity for many singers, due to its solemn and pensive subject matter.

Nevertheless, this claim can be left open for discussion.

I, as an actor with the not much prior experience in classical music, would be considered far away from the state of what many would call ready to attempt such a complex cycle, especially at my less than mature twenty-seven years of age. However, these songs felt eerily familiar to me, and have since moved me in a direction that ultimately changed my way of perceiving a cruel world of people driven by self-interest.