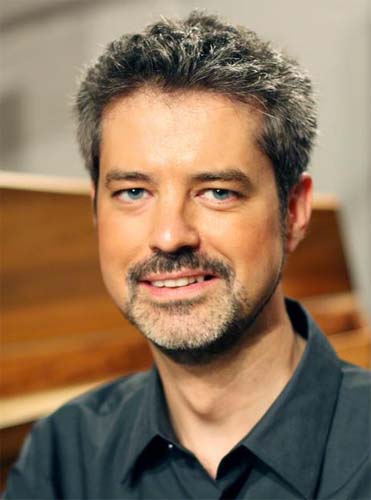 ... and a note on a newly restored fortepiano

Without doubt, no other romantic song cycle has cast such an irresistible spell on us than Schubert’s Winterreise. A website devoted to recordings of this masterpiece lists some 106 CDs and counting — a fraction still of the many live performances that keep taking place world-wide. Why add to the pile?

Such popularity would not have been predicted by Schubert’s friends, whose reaction after hearing the songs for the first time was lukewarm at best. Schubert had announced that he would sing “a cycle of ghastly songs” (einen Zyklus schauerlicher Lieder). “We were baffled by the dark mood of these songs,” his friend Joseph von Spaun remembered in his 1858 “Reflections and Notes on My Friendship with Franz Schubert,” and when Franz von Schober, host of the evening, stated that, “Only one song, Der Lindenbaum, had pleased him,” he may have said aloud what all the others were thinking. In hindsight, we smile at this naïveté, and feel tempted to counter that it is exactly this obsessive focus on gloominess that is so praise-worthy — it takes the genius of a Schubert, indeed, to pull it off.

We’re intrigued, furthermore, by a possible biographical link between the unique cycle’s deep-emotional content and a composer who at this time was looking death in the eye. Never mind the biography of the poet Wilhelm Müller, who by all accounts was a fun-loving, easy-going, and happily married man when he wrote the cycle in 1823-24: it’s Schubert we’re interested in. (Müller died young too, of a heart attack, five days short of his 33rd birthday, in 1827 — one year before Schubert.)

Jan Van Elsacker and I have spent good parts of our careers mastering what we like to think of as a “declamatory” style of delivery—Jan mostly with an Italian early-baroque repertoire (especially Monteverdi) and I with a classical repertoire (mostly Haydn). But when we first performed Winterreise together, it “clicked,” and it is the “spontaneity” of that event (a late-evening concert at the Musica Antiqua Festival Bruges in sweltering mid-summer temperatures) that we’ve aimed to prolong — and perfect — all the way to this recording. For me as the pianist this has meant becoming ever more conscious — and admittedly more and more envious — of Jan’s words. For all its dark subject matter (from a declamatory point of view, there’s nothing easier — but also nothing more boring — than to continue revelling in pain and misery), Müller’s poetry is in fact surprisingly transparent and natural (as noted with praise by Heinrich Heine), and his songs suggest at least fragments of storylines that stimulate our declamatory instincts as would a Haydn sonata or a Monteverdi recitative. One important task, as I’ve come to see it, is for the pianist to construct sonic décors for our protagonist-wanderer. I’m the “sound effects guy,” and even if some of these have started carrying the danger of cliché, I must make sure that the listener “gets” the blowing and blasting of the wind in Der Lindenbaum (No. 5), or the steady stride through snow-covered fields in Gute Nacht (No. 1).

And here we do have a “first” of some kind. This recording is the first on a newly restored ca. 1830 Gottlieb Hafner piano. Normally I’d say, “exactly like Schubert’s,” but in fact we know very little about Schubert’s actual preferences or choices of instrument — except that his scores so clearly reveal him as a pianist with a distinctly “Viennese” profile. Arguably more consistently than that of his colleagues, Schubert’s piano music embodies all the virtues of an early-19th-century Viennese piano: slurs that perfectly exploit the sustaining and decaying potential of the instrument, accents that match the prell-action instigated blow of a leather-covered hammer, registers that keep their distinct voice thanks to non-standardized striking points. This beautiful specimen of a Viennese piano, furthermore, comes with five pedals (again entirely typical for its place and time), from left to right: 1. una corda (shifting the keyboard so that hammers may strike one instead of three or two strings); 2. bassoon (where in the bass a piece of parchment is brought up to touch the strings); 3. moderator (slipping a strip of felt between hammers and strings); 4. drum and bells (imagine a thick thump against the soundboard accompanied by whistling bells); and 5. what we now call “the pedal” (to raise the dampers, allowing strings to vibrate freely). Combinations are plentiful — but restrictions yield options too.

Thus, combining una corda (1) with moderator (3) — to produce the eerily soft dynamic shade that Schubert demands in Auf dem Flusse (No. 7) — also means to forego use of the damper pedal for the entire song. I have no choice but to put my pianist’s instinct aside (to “pedal” at least some harmonies or inflections) for what feels like an awfully long time. “Frozen” behind the keyboard, with my feet “stuck” in unfamiliar positions, I watch my Viennese dampers make it back down onto the strings with brutal efficiency — an out-of-body experience similar to that of our wanderer

leaning over a frozen brook: no vibration or warmth, only coldness and tones that are “too short.” From a dramatic point of view, the bassoon stop lends itself well to the shrieking crows in Rückblick (No. 8) — a sonic association that in turns allows me to create a link with the cock-crows in Frühlingstraum (No. 11). With militaristic flair (grotesquely futile at this advanced moment in the cycle) I engage the drum in Mut! (No. 22), as if my stamping foot will help both me and Jan find that elusive courage. At the beginning of Die Post (No. 13, the beginning of Part II , and for all we know perhaps heralding a positive outcome after all) I temporarily mute the drum (this requires a simple mechanical intervention) and use only the bells to accompany those horn calls of an approaching postal carriage.

“Accompany” is the term used by Schubert to describe his collaboration with the celebrated baritone Johann Michael Vogl, a seasoned opera singer. From Gmunden (a town between Linz and Salzburg, where an 1825 summer tour had brought the two musicians) Schubert wrote enthusiastically to his brother that “the way Vogl sings and I accompany [accompagnire]” are such that “we seem to be one.” One need not mystify what “to be one” meant, nor should a pianist today in any way feel defensive about (just) being an “accompanist” (which must have meant something entirely different back then anyway). Contrary to Haydn, who in 1781 still insisted on performing his Lieder fürs Klavier or “Songs for the keyboard” himself in the most distinguished salons of Vienna, that is, playing and singing them at the same time, Schubert gladly yielded to Vogl — and here we witness the beginnings of duos of singers and pianists who each bring their skill and artistry to the genre of “art song,” henceforth balancing “fidelity” with “interpretation.”

To this [i.e. the initial negative reaction] Schubert retorted, “I like these songs more than any other, and you will come around and like them too”; and he was right: soon we were excited by the effect of these melancholy songs that Vogl declaimed masterfully [meisterhaft vortrug].

Whatever it was that affected Spaun, Winterreise has always packed a punch, a rhetorical directness that we have sought to convey in a performance that reaches for fresh accents and novel sonorities.

END_OF_DOCUMENT_TOKEN_TO_BE_REPLACED

James Gilchrist: No such thing as a definitive version