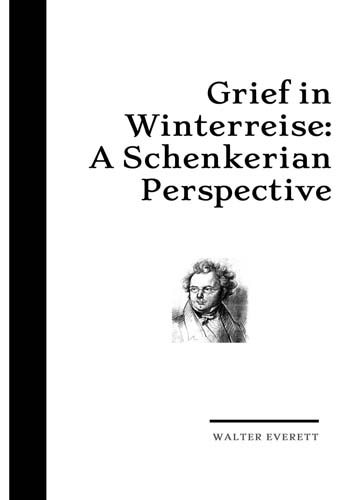 Grief in Winterreise: A Schenkerian Perspective

Abstract: 'Tränen' ... 'Mein Herz!' ... 'Weh' ... 'elend' ... 'törichtes Verlangen': these are the words that reverberate most vividly in the listener's mind after a performance of Schubert's Winterreise, for they describe the wanderer's misery in nearly every song. Grief over lost love is the central theme of the cycle.

While most writers have maintained that there are no thematic connections between the various songs of Winterreise, I shall argue that the various textual references to grief are given a consistent motivic treatment in the music. A Schenkerian approach is well suited to such a study because of the rigorous way in which it allows musical motives, along with their hidden repetitions at different structural levels, to be defined, thus facilitating a meaningful correlation of musical and literary motives.