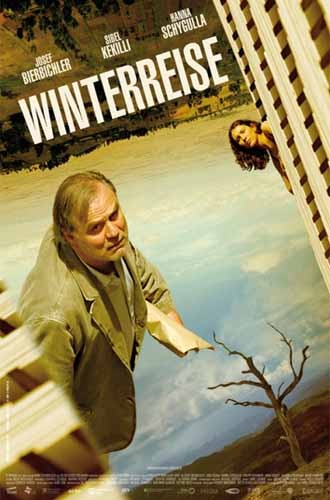 Franz Brenninger (60) has gone far in his life. He runs his own ironware trade, lives in a nice home together with his wife Martha (60), has two grown kids. But the impulsive Brenninger rubs everyone the wrong way: singing too loud during church service. Visiting the brothel. Neglecting his sick and helpless wife. Squandering money although his company is practically broke.

Brenninger is manic-depressive, say the doctors. All doctors are assholes, says Brenninger.

He gets involved in a supposed lucrative deal with Kenya. The correspondence from Africa is translated by Leyla (18). Brenninger transfers his last money to an African bank account instead of spending it on his wife's eye operation. After a while he recognizes that the whole thing is a rip off, the money lost. The German police are powerless.

Absolutely determined to get his money back, he and Leyla – as his interpreter – go to Nairobi. In the shimmering, colourful world of Eastern Africa we suddenly find a totally different, actually fascinating Brenninger. When he plays and sings Schubert's Winterreise, full of devotion, we find out that Brenninger actually wanted to become a singer. A secret lifetime dream never fulfilled.

But Brenninger has now nothing left to lose. It's obvious that he will not leave Africa any more. His only aim is to have his family well provided for at home. Together with Leyla, he sets out on his last journey from which he will never return.