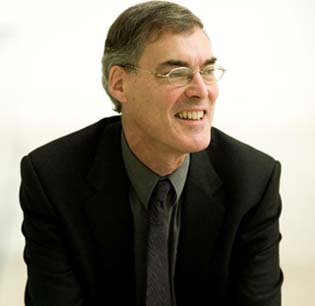 Winterreise - or to be precise the 1962 recording by Fischer-Dieskau and Gerald Moore - had a lot to do with my decision to become a song accompanist.  My brother Charles and I, then in our teens, had tinkered with some of the songs, but hearing the whole cycle as performed by Fischer-Dieskau and Moore was a revelation.  In particular I thrilled to the very sound of Gerald’s playing – the vivid imagery of songs like Der Lindenbaum and Auf dem Flusse, the sprung rhythms with which he suggested the singer’s weary or determined footsteps – and I thought: “How wonderful it would be to be able to do that!  To paint such pictures with the piano…”

Since then I have had the privilege of embarking on this journey on countless occasions, and with some of its greatest interpreters for companion.  It may be a cliché to say so, but every time the journey is new, and every time it is an invigorating experience.  Some cycles are draining to perform - I’m thinking here of Schumann’s Frauenliebe und -Leben, for instance.  In Winterreise by contrast, the very notes have an internal energy that carries one forward, to the point that one is ready at the end to start all over again from the beginning.

That said, I well remember how, the first time I performed Winterreise as a whole, its twenty-four songs seemed to stretch out ahead to a point over the horizon.  How to maintain a sense of structure within such a long span of time, and through these bleak winter landscapes?  Schubert of course composed the cycle in two halves of twelve songs each: on the famous occasion at Schober's house at which he first sang and played Winterreise to his friends, only the first part existed, ending with Einsamkeit.  Therefore in musical as well as psychological terms there is undoubtedly a natural moment of rest at this halfway stage, before one launches into the excited gallop of Die Post.

Over the years however I have come to find it more helpful to think of three groups of eight songs, with a moment’s pause after Rückblick, and another after Letzte Hoffnung.  This is not just a matter of musical convenience, for each of these songs represents a psychological turning point in the singer's journey.  Thus in Rückblick, for all that the singer is looking back: “Kömmt mir der Tag in die Gedanken,  / Möcht’ ich noch einmal rückwärts seh'n", he knows that this is the last he will see of the town where his aborted love affair took place. Meanwhile, Letzte Hoffnung represents the next emotional turning point, the moment when the fall of an autumn leaf symbolically destroys his last hope of returning (a hope dreamed of in Frühlingstraum and momentarily considered in Die Post, but now abandoned).  As he sings in the following song, Im Dorfe: "Ich bin zu Ende mit allen Träumen".  From this point on he is divorced from the everyday world - "Was vermeid' ich denn die Wege, / Wo die andern Wandrer geh'n?"  He will not encounter another human being until the final song, and then it is the equally outcast figure of Der Leiermann.

What I have suggested as the opening of the second phase of Winterreise, is announced in two striking musical images.  The first is a pair of unadorned descending fourths in octaves, descriptive of the bare and rocky depths into which the singer has been lured by the Irrlicht of the song’s title.  The second is the Irrlicht itself, or so-called ‘will o’ the wisp’, characterised by repeated staccato triplets on the note f sharp (in Schubert’s favourite ‘weird’ key of B minor).

By the time Schubert composed Winterreise the motif of repeated staccato notes or chords had become established as one of his key musical metaphors.  As an image of starlight for instance it permeates both the haunting Leitner setting Die Sterne and the twinkling Im Freien – a song in which the singer is intoxicated by a starlit night in the open air – and as such, the motif was to become part of the common vocabulary of almost all song composers.

Schubert’s originality, however, is in applying it to the deceptive trickery of the Irrlicht.  Tellingly, the repeated f sharps had already appeared in Die schöne Müllerin, in both Die liebe Farbe and its companion Die böse Farbe, where they represent the young miller’s obsession with the colour green.  (I don’t think it is too fanciful to imagine that the tuning of Schubert’s piano will have given this note the special twang that can make the former song so poignant).  Transposed up to D or E, the repeated triplets also come to represent illusion or deception, both in the song Täuschung and more wittily in Im Dorfe where they describe the wish-fulfilling dreams of the slumbering villagers.

Illusion, obsession - such repetitive figures permeate the cycle, from the determined tread of the piano part in Gute Nacht, to the terrifying chromatic convergence of the last verse of Der Wegweiser, when the singer's gaze is inexorably drawn to the signpost that seems to be leading him to his death.

Der Leiermann – an end or a new beginning?

But what does happen at the end of Winterreise?  Who is the Leiermann, with his plangent hurdy-gurdy?  Is there in this song “no escape from this agony” as Dietrich Fischer-Dieskau wrote?

These two pages are bleak in the extreme.  And yet…

Originally, Schubert composed the song in B minor, a whole tone up from the A major of Die Nebensonnen, and this is how it appears in the autograph.  But there is a pencilled note at the top of the first page: “in A – mol” (sic).  It is in fact one of five songs that Schubert transposed down a tone for the first edition, no doubt to bring them into the compass of the kind of singer who could be expected to undertake them.

This poses a question – does it make a difference which tonality one chooses?  In the case of Der Leiermann, I believe it does.  In the version most often adopted (whether by tenors, baritones or basses), Die Nebensonnen draws to a close, and Der Leiermann follows in the same key, but with bare fifths and in the minor mode.  To my ears this suggests that the appearance of the Leiermann changes nothing, that there is indeed no escape.  Follow Schubert’s original scheme, however, and the step up to a new key represents a palpable change of atmosphere, a re-awakening of interest – “Someone’s there” - even some lightening of the mood.  And in the last quatrain the possibility of a new beginning:

As an interesting postscript, a few years ago at the RCM I worked on a project to perform Winterreise with three young baritones.  Originally I was going to allot them the three sections of eight songs that I discuss above, as the three emotional stages of the journey.  But then it seemed more important to keep them all involved throughout the cycle.  So instead they each took one song at a time, turn and turn about, and as the performance progressed each singer began to immerse himself in his own particular journey.  When we came to the closing bars we realised that, quite without intention, we had offered the audience three different endings to the journey: defiant (Mut!), resigned (Die Nebensonnen), or – as I suggest above – entertaining the possibility of a new beginning (Der Leiermann).

It was a small but revelatory moment, opening up an unexpected way of perceiving anew the emotional and psychological complexity of this wonderful cycle.