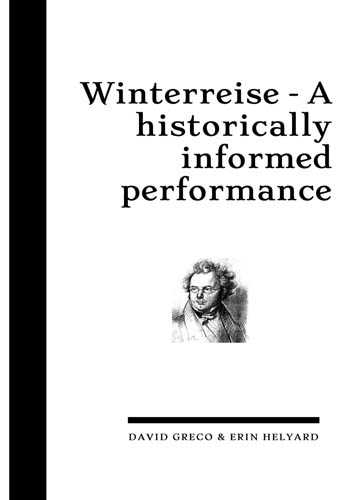 Abstract: It is very hard to disentangle the profoundly dark subject matter of Winterreise from that of Schubert’s own demise. After Schubert’s death his circle, as the account from Spaun attests, made explicit links between the composer’s downfall and the similar descent into depression of the protagonist of Winterreise. Certainly, the composer responded to Müller’s text in ways that contrast dramatically with Die schöne Müllerin, his other setting of work by the same poet. In that cycle the story of the young journeyman miller ultimately unlucky in love is characterised by gorgeous lyrical arches and yearning melodies; in Winterreise we have only bleakness and despair, with brief, declamatory phrases predominating. Schubert himself called them his “schauerliche Lieder” (horrifying songs). However, 1828 was also filled with moments of optimism and bursts of creativity, as his symptoms waxed and waned. As Spaun notes, to all outward observers Schubert was quite healthy. It is important to note that Winterreise was only corrected and not composed on his deathbed.