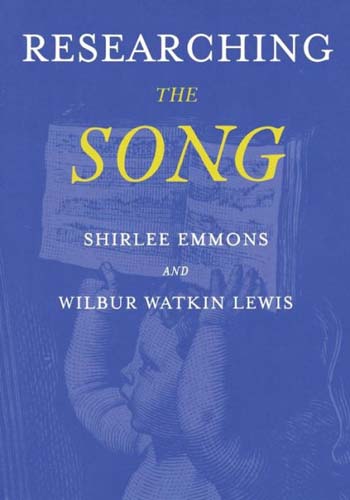 Singers are faced with a unique challenge among musicians: they must express not just the music, but the lyrics too. To effectively communicate the meaning behind these words, singers must understand the many references embedded in the vast international repertoire of great art songs. They must deal with the meaning of the lyrics, frequently in a language not their own and of a culture unfamiliar to them.

From Zelter and Schubert to Rorem and Musto, Researching the Song serves as an invaluable guide for performers, teachers, and enthusiasts to the art song repertoire. Its more than 2,000 carefully researched entries supply information on most of the mythological, historical, geographical, and literary references contained in western art song. The authors explain the meaning of less familiar literary terms, figures, and authors referenced in song while placing songs in the context of larger literary sources. Readers will find entries dealing with art songs from the German, French, Italian, Russian, Spanish, South American, Greek, Finnish, Scandinavian, and both American and British English repertoires. Sources, narratives, and explanations of major song cycles are also given. Organized alphabetically, the lexicon includes brief biographies of poets, lists of composers who set each poet's work, bibliographic materials, and brief synopses of major works from which song texts were taken, including the plots of all Restoration theater works containing Purcell's vocal music.

The more performers know and understand the literary elements of a song, the richer their communication will be. Researching the Song is a vital aid for singers and teachers in interpreting art songs and building song recital programs.