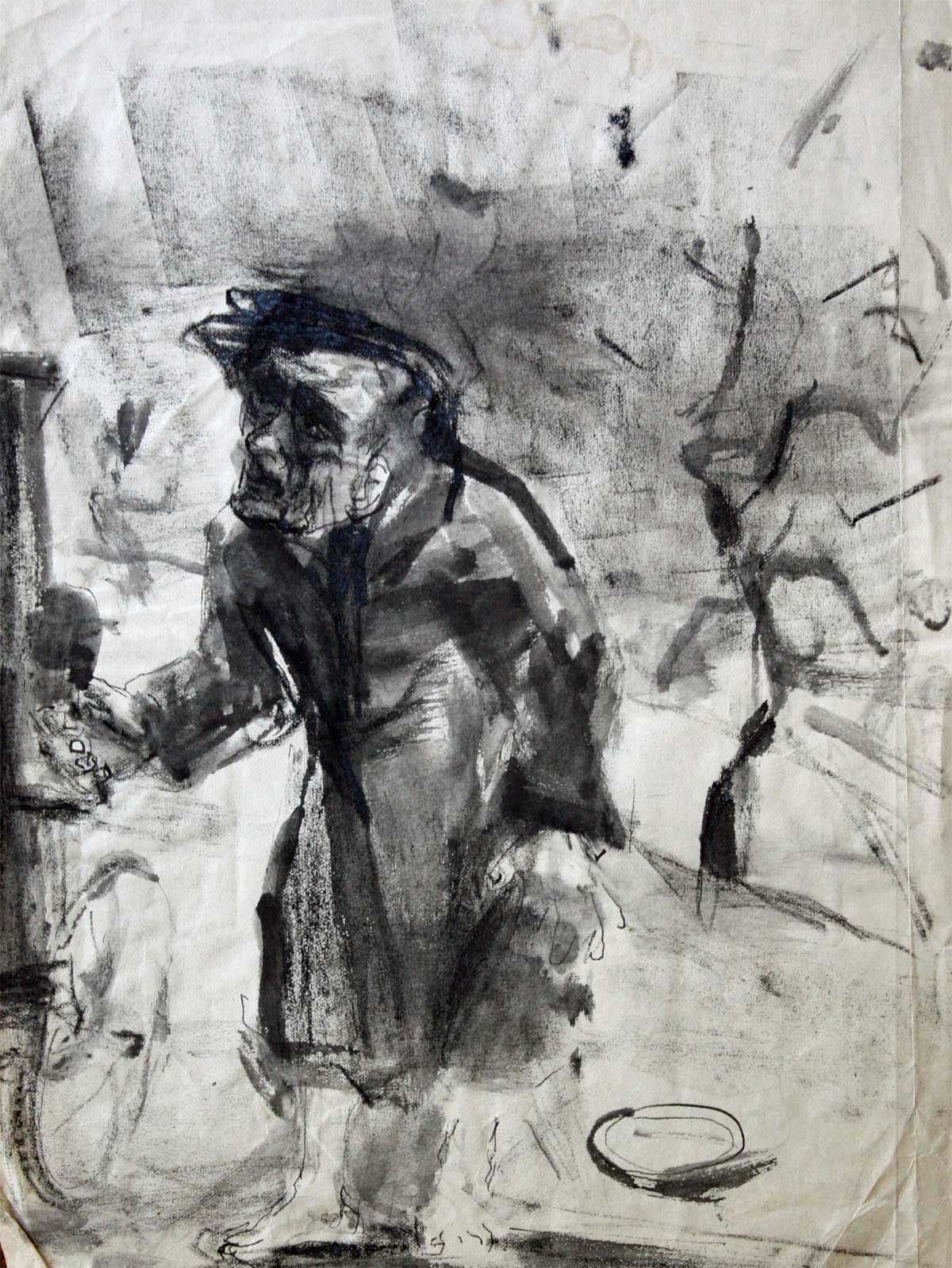 Eva Frankfurther was born on 10 February 1930 in Dahlem, Berlin. The Frankfurther family fled to England in 1939 and settled in Hampstead in 1941. Eva began her artistic training at St Martin’s School of Art in 1946, aged 16. After leaving St Martin’s, she visited Italy in the summer of 1951 and soon after returning to London, moved from Hampstead to Whitechapel, where she lived for six years, before travelling to Israel in 1957. She spent eight months in Israel, and some months after her return to London, she took her own life in January 1959. “Der Leiermann” was made in May 1953 as a birthday present for Eva’s father, who loved the Winterreise song cycle. In a letter to her father, the artist explains that the apparently absent dogs in fact occupy the position of the onlooker.
© Eva Frankfurther Estate; private collection. For further information: benuricollection.org.uk