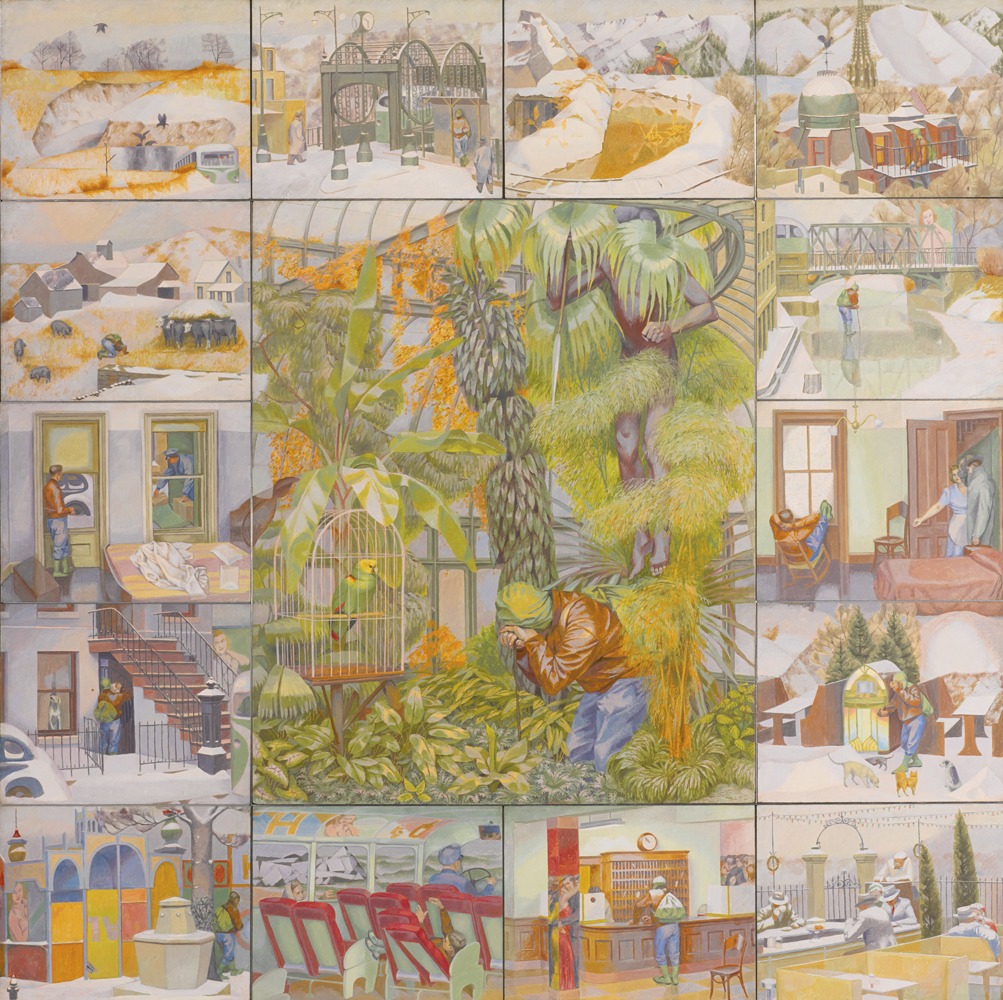 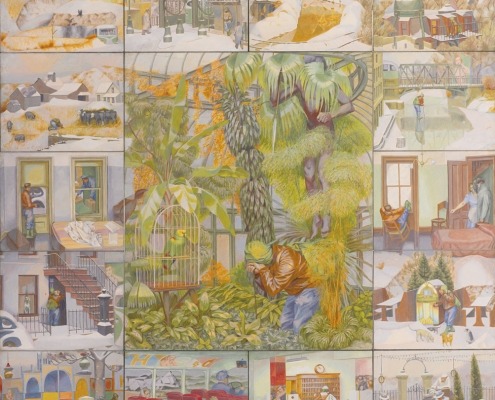 Austro-American artist Henry Koerner (Vienna, 1915), was best known for his early Magical Realist works of the late 1940s and his portrait covers for Time Magazine. Koerner’s Winter Journey, oil on masonite, was created during 1951-1952; it comprises fourteen scenes on small panels, surrounding a large central panel; the panels relate to songs from the Winterreise cycle. Koerner also trained as a tenor and Schubert’s Lieder, notably Winterreise, were central to his repertoire. Henry Koerner died in Vienna in 1991. With very grateful thanks to Professor Joseph Koerner.