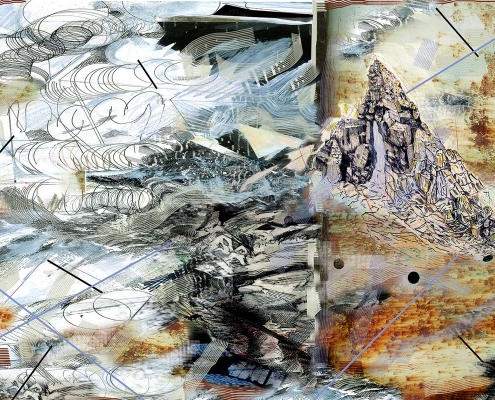 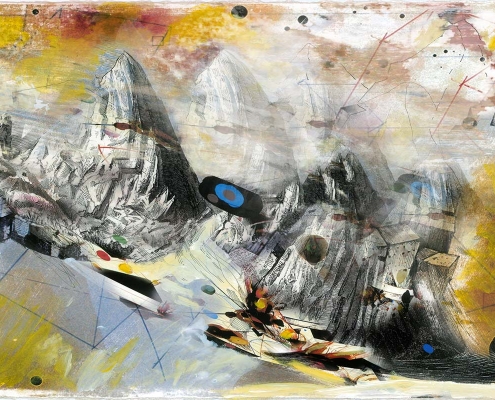 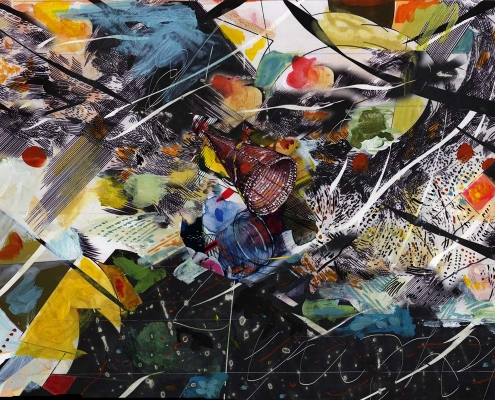 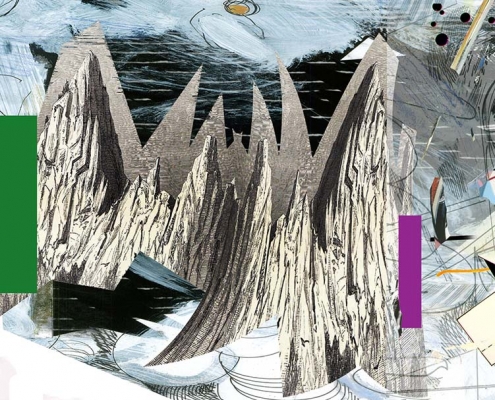 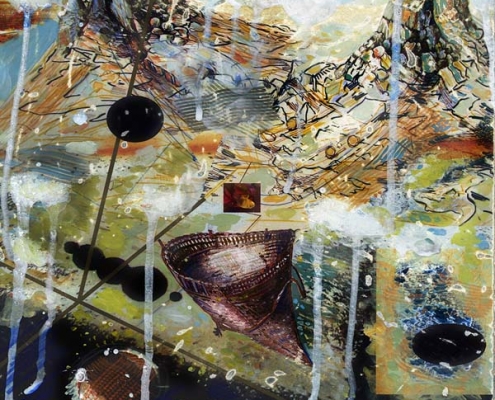 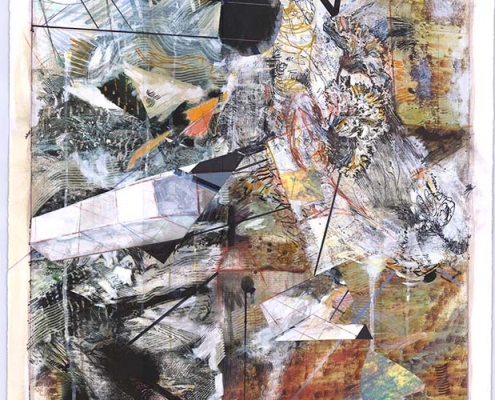 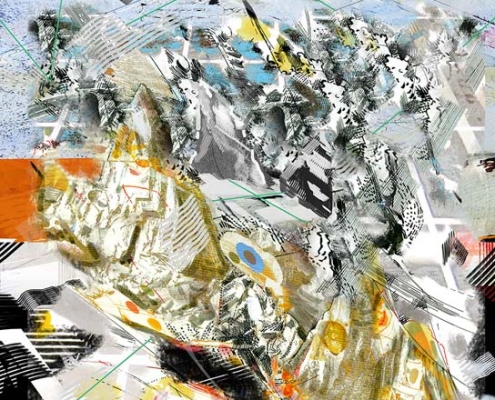 Hugh Merrill is an artist/educator, writer and community arts activist. In 1985 he had a one-person exhibition at the Nelson Atkins Museum, and his work is in the collections of over 50 major museums such as the Museum of Modern Art New York, Kemper Museum KC, Cranbrook Museum and the National Museum of Poland. In 1996 he collaborated with French artist Christian Boltanski on the city-wide community arts project Our City Ourselves for the Kemper Museum. He is past president of the Southern Graphics Council International and is a long-time professor at the Kansas City Art Institute. He developed Chameleon Arts and Youth Development into a resource for disenfranchised youth communities providing over 1 million dollars in community arts and youth development programming in the past 20 years. Merrill was selected as one of 42 international artists for Richard Noyce’s book Printmaking At the Edge, published in 2006. He has been awarded grants including an NEA grant, Melon Foundation, a Yaddo Fellowship, and the Distinguished Education Award from the Southern Graphics Council International 2007. In 2008 he was invited by the Nelson Atkins Museum to curate Print Lovers at Thirty. In September of 2009 his retrospective Divergent Consistencies, was exhibited by the Leedy-Voulkos Art Center. He has written Divergent Consistencies: 40 years of studio and community artwork, Shared Visions: Thoughts and Experiences in Social Arts Practice 2014, Preaching to the Choir: thoughts on contemporary printmaking. His books of poetry Nomadic was published by 39 West Press in 2016 and Dog Alley in 2019 by Stubborn Mule Press. Whiteout, a memoir, was published by Spartan Press in 2019.
Artist’s website: www.hughmerrill.com