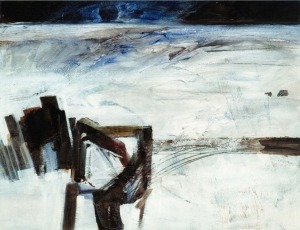 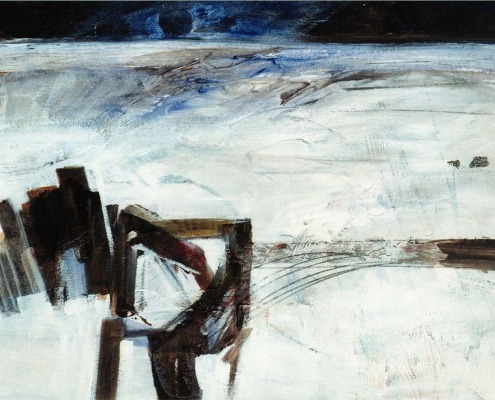 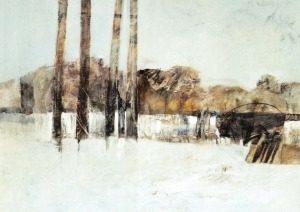 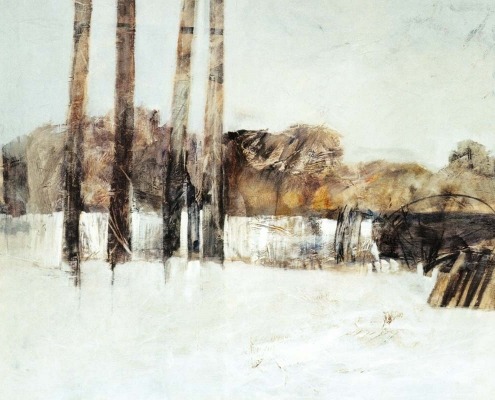 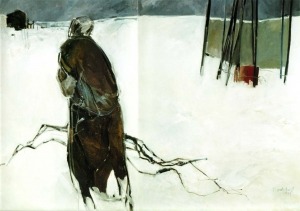 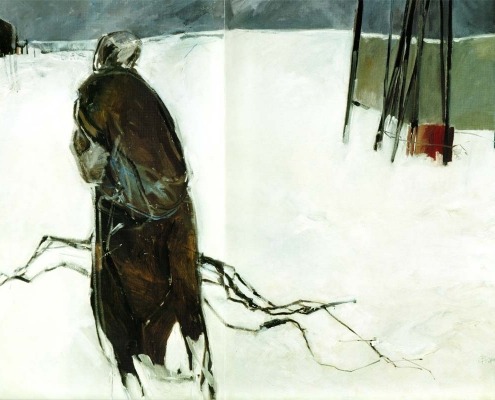 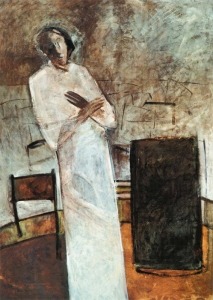 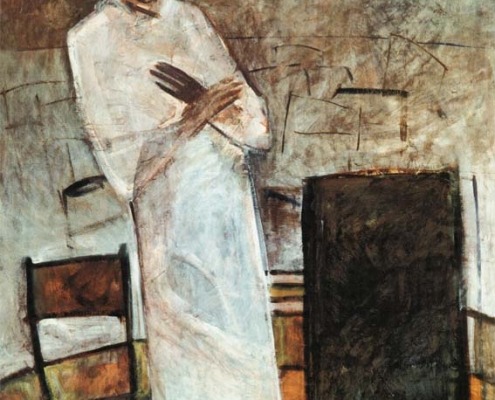 American-German painter Janet Brooks Gerloff was born in Sterling, Kansas in 1947. Based in Germany since 1974, she created many series of paintings based on works of literature, most notable the “Winterreise” (1999) and the Attila József series (2005). Her paintings have been exhibited in many solo shows in Germany and internationally. She is also known for portraits of notable personalities, such as Hilde Domin, Marcel Marceau, Helmut Schmidt and August Everding. Janet also created stained-glass windows for several German churches: St. Michael in Balkhausen, St. Marien in Volkmarsen, St. Elisabeth-Stift in Herne, St. Nikolaikirche in Heisede and the Protestant Church in Aachen-Kornelimünster. She died in Aachen in 2008. Artist’s websites: janetbrooksgerloff.jimdo.com and www.janetbrooksgerloff.de