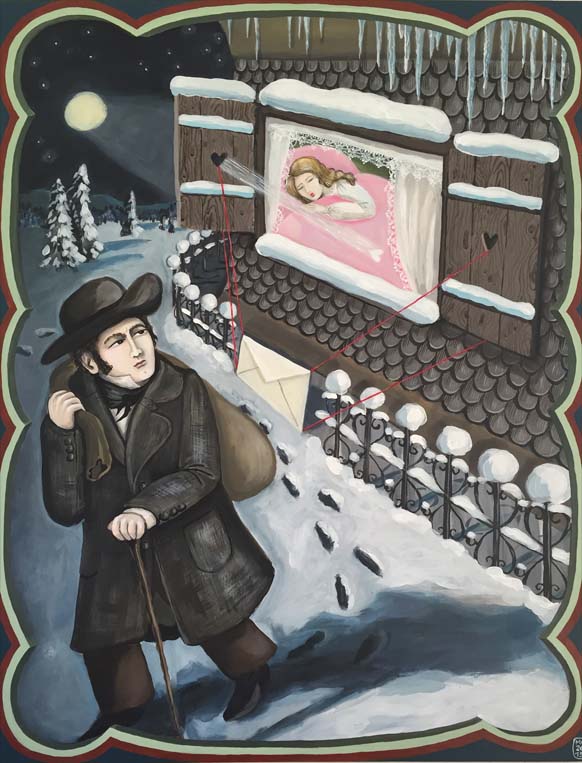 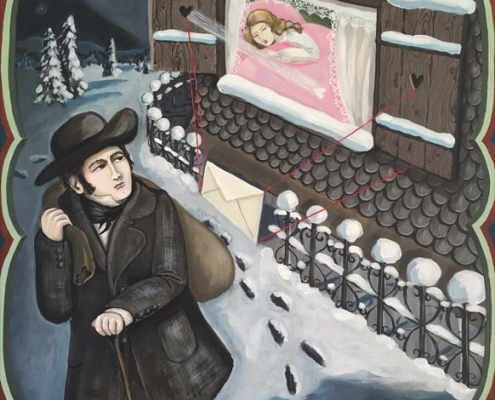 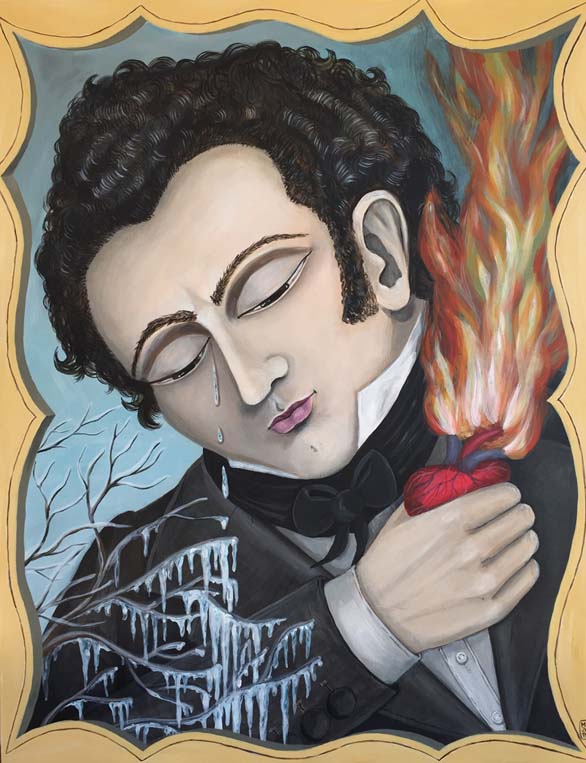 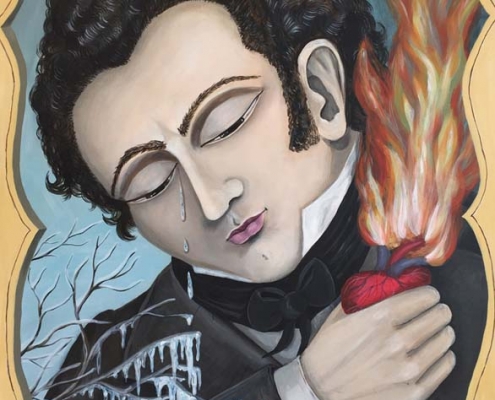 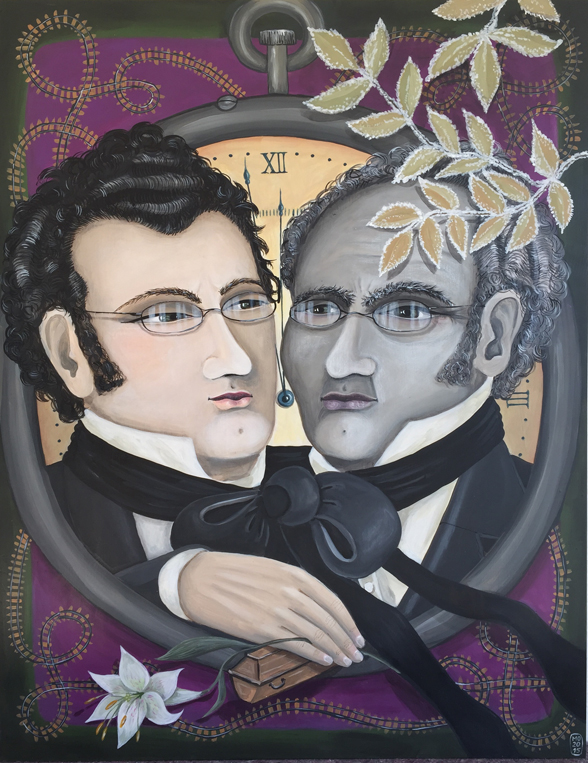 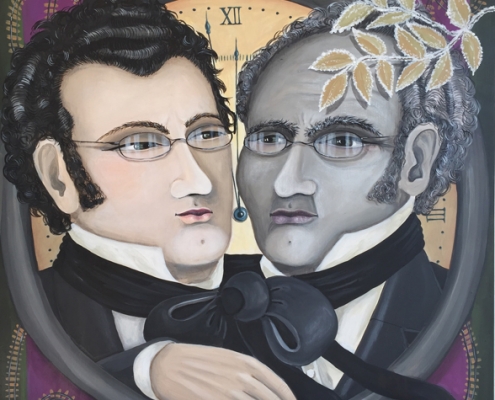 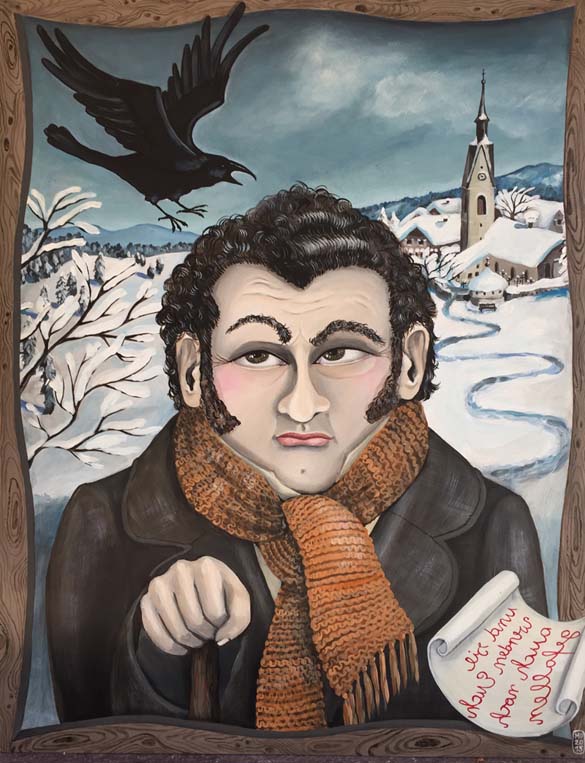 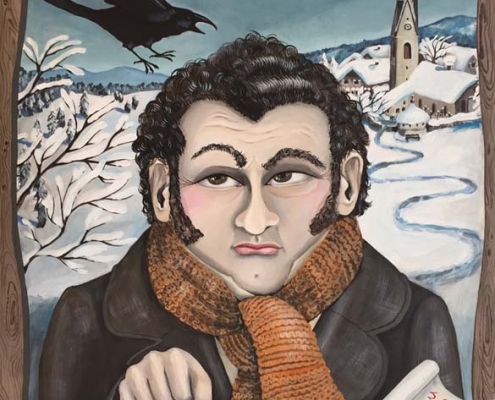 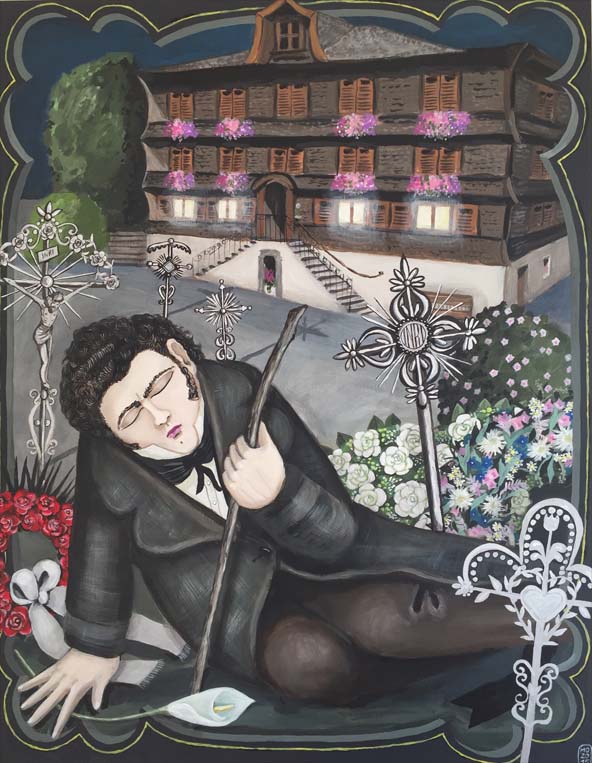 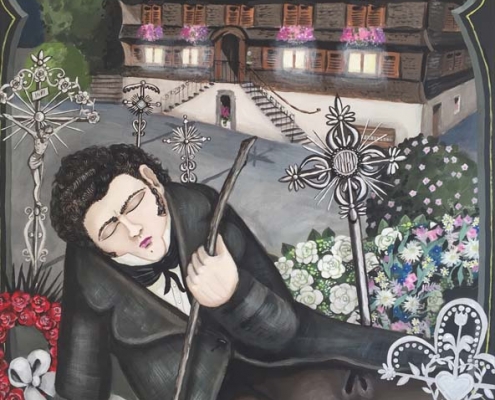 Mari Otberg, born in Stuttgart in 1969, grew up in a small town in the German Sauerland region. She began her career with an apprenticeship as a tailor in the Ruhr area. During that time, she also attended Bernhard Mattes’ painting school and studied fashion design as well as illustration in both Bremen and Hamburg. Mari performed art events while still a student, thus combining art, fashion and poetry. Supported by a DAAD scholarship, she moved to London in 1997 and first worked for Vivienne Westwood before founding her own fashion brand justMariOt. Her collection quickly established itself especially in Japan and her clients included numerous gallery owners and collectors as well as actress Susan Sarandon. In 2008, Mari, who was by then living in Berlin, discontinued her own label due to a trademark dispute with Marriott Hotels and thus devoted herself entirely to fine arts. As an artist, Mari does not fit into any category or classification: she has created her own idiosyncratic cosmos of drawings, tapestries and embroidery as well as painting. In a way, her unmistakable style resembles pop-poetic realism. After some stop-overs in Austria’s Wachau and the Austrian Waldviertel, Mari, the self-confessed homeless artist, has been living and working in Vienna since 2012. Artist’s website: www.mariotberg.com