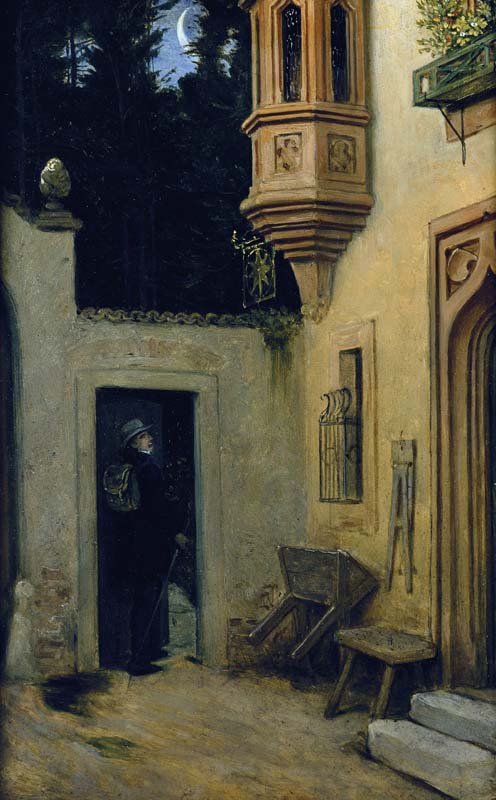 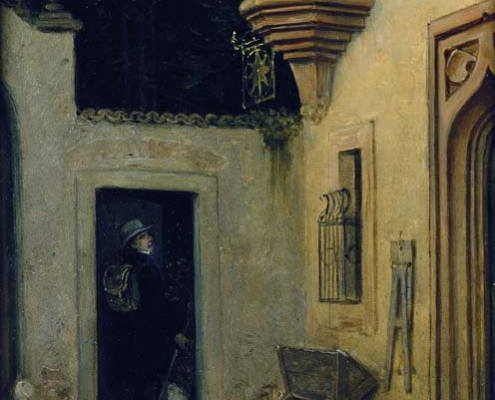 Austrian painter Moritz von Schwind was born in Vienna on 21 January 1804. Schwind received rudimentary training and spent a happy and carefree youth in Vienna. Among his companions was the composer Schubert, some of whose songs he illustrated. In 1828, the year of Schubert’s death, he moved to Munich, where he befriended the painter Schnorr and enjoyed the guidance of Cornelius, then director of the Academy. In 1844 he took up residence in Frankfurt, where he created some of his finest work, most notably the “Singers’ Contest” in the Wartburg (1846), as well as designs for the Goethe celebration. In 1847, Schwind returned to Munich on being appointed professor at the Academy. Schwind died in Pöcking, Bavaria, on 8 February 1871 and was buried in the Alter Südfriedhof in Munich. The artist painted himself in this illustration of “Gute Nacht” in 1859.