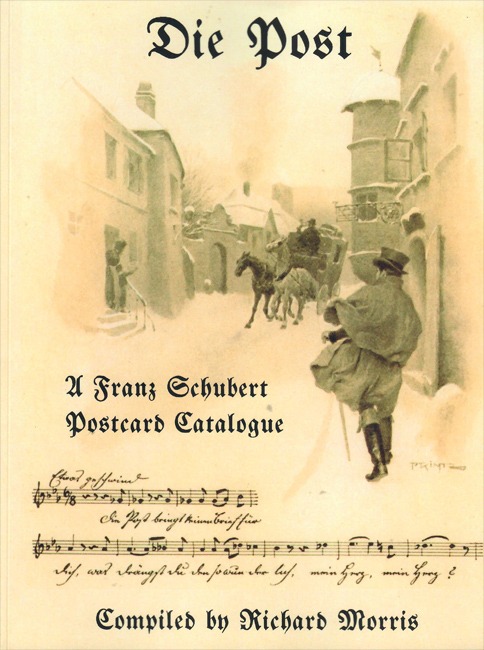 Die Post is a catalogue of postcards about the composer Franz Schubert, compiled by Richard Morris of the Schubert Institute UK. There are probably more postcards about Schubert than any other composer. The cards include the obvious and expected portraits and pictures of Schubert composing and playing the guitar or piano. There are even some really rather rude ones. The various builidings associated with him - his birth and death houses are included as well other places he lived. Naturally, his graves are included (he had two, and some cards show what he looked like when he was disinterred for reburial. Large numbers of cards about his works have been included: manuscripts, printed music and many song cards. Schubert's centenary in 1982 generated large numbers of cards and the compiler has found room for cards about Schubert films, museums and miscellany. Richard can be contacted via richard@family-morris.com for details on how to obtain a physical printed copy of this coffee-table sized book.