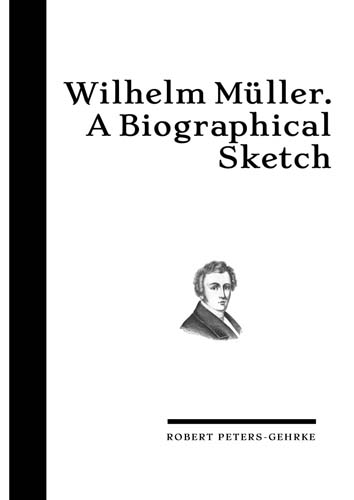 Abstract: Wilhelm Müller's poems are still printed in numerous anthologies, but he is not seen as one of the most important poets of German Romanticism. Heine leads the pack, followed by Eichendorff follows, then Novalis, Tieck, Brentano, von Arnim, Uhland, Platen. Then minor poets are added, amongst them Müller.

The truth is: no one would probably choose a poem by Müller for an anthology had his poems not been set to music by Schubert. Apart from Die schöne Müllerin and Die Winterreise he is virtually unknown. No one reads his poems about the Greeks, his novellas, his numerous reviews or his translations.

And yet Wilhelm Müller was an important figure in his time, a well-known intellectual, an influential reviewer. He initiated a Europe-wide craze for the Greek Revolution. While Müller was still alive, more than 30 composers chose his poems for compositions.