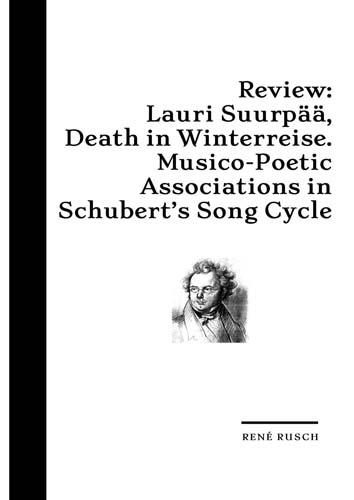 Abstract: The study of songs and song cycles has generated a number of questions about interpretive practice—most notably, how to understand the relationship between text and music, and make sense of a part in relation to its whole. Lauri Suurpää’s Death in Winterreise provides an important contribution to both lines of inquiry in its effort “to illuminate one narrowly defined area of the musico-poetic aspects of Winterreise, namely, how the notion of death occurs in the poems of the cycle’s second part and how this theme is reflected in the music”. His interdisciplinary approach to text-music analysis yields rich insights into the structural relationships between Müller’s poems and Schubert’s songs, leading readers to a nuanced view of the protagonist’s shifting attitude towards death.