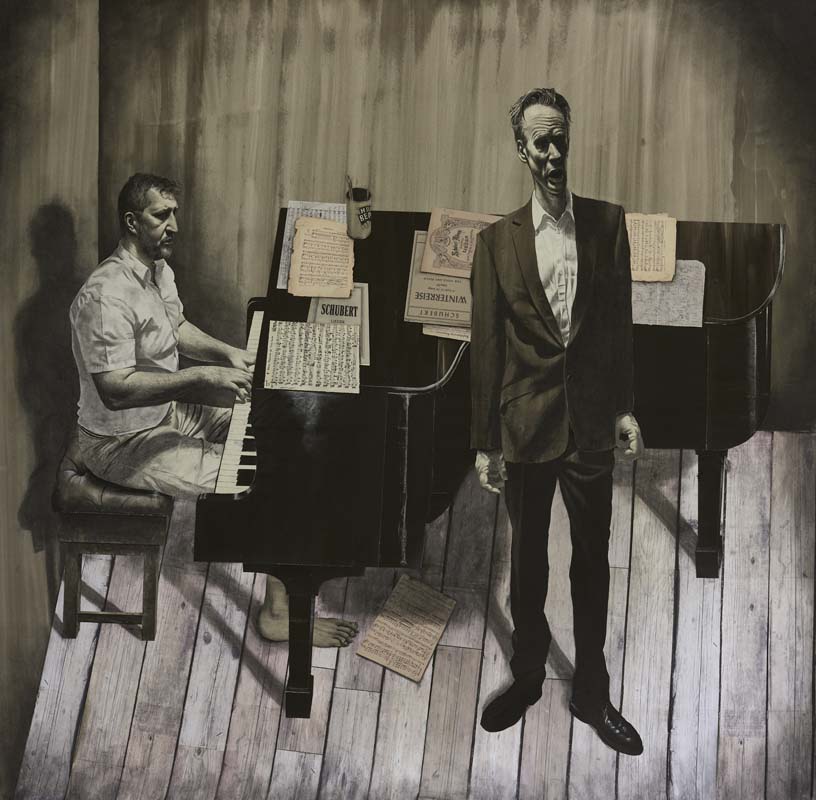 Stuart is an artist who lives in a castle ruin in the middle of nowhere, somewhere in England. After painting Prince Philip naked in 2003 he has been on the run and in hiding from Scotland Yard. He is plagued by an existential void due to his unusual method of conception in the mid-1970s. This compels him to spend far too much time by himself in a studio, wrestling with notions of identity, often on a canvas, but not always. He once met former British Prime Minister Gordon Brown in J.K. Rowling’s kitchen whilst she was making him a salmon sandwich. The salmon was, perhaps surprisingly, from a can. Stuart has a wife, two children and five sheep. Artist’s website: www.stuartpearsonwright.com