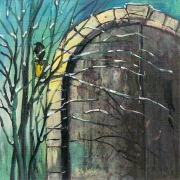 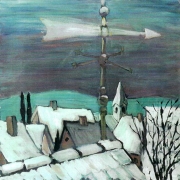 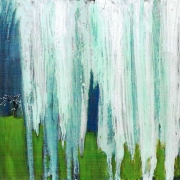 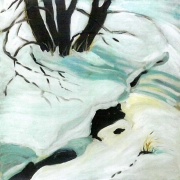 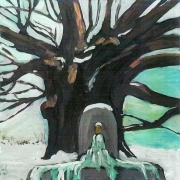 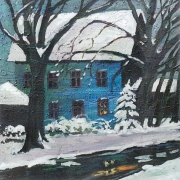 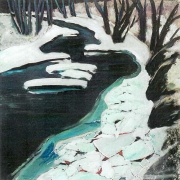 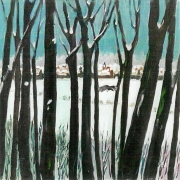 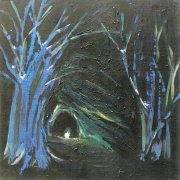 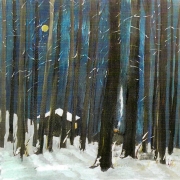 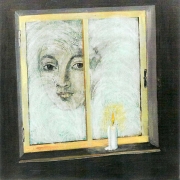 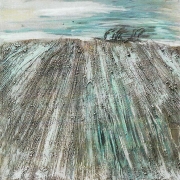 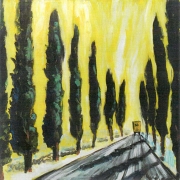 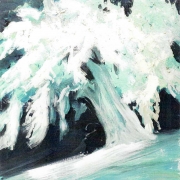 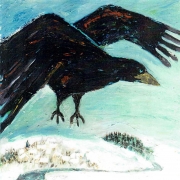 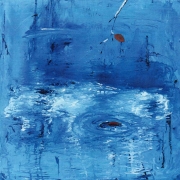 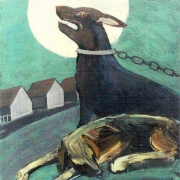 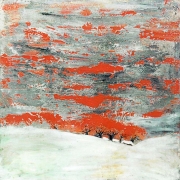 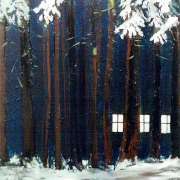 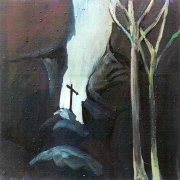 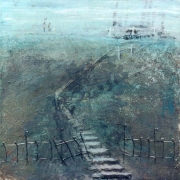 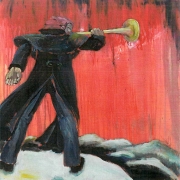 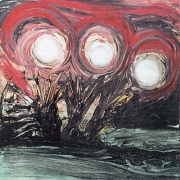 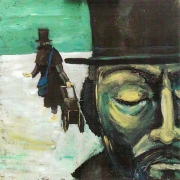 German artist Ursula Kaiser was born in Steinhöring, Upper Bavaria in 1942. She attended craft schools in Wiesbaden and Mainz during 1958–1962, after which she worked as a graphic designer in the advertising department of several companies. During 1964–1966 she undertook a study trip to Sweden, subsequently working as a graphic designer at the Rosenthal company in Selb. In 1990, she established the workshop “KuKKuK” for art and creativity, communication and contemplation on the farm she had bought in Wiesbaden-Rambach in 1975. Ursula participated in several solo and group exhibitions during the years that followed. The 10th anniversary of the KuKKuK seminar house was celebrated with a performance of Winterreise, as well the exhibition of Ursula’s series of Winterreise paintings, followed by similar performances/exhibitions of Die schöne Müllerin and Schwanengesang during 2001-2002. Ursula Kaiser died in 2013 and the KuKKuK seminar house has been since then been run by her family. Artist’s website: www.seminarhaus-wiesbaden.de