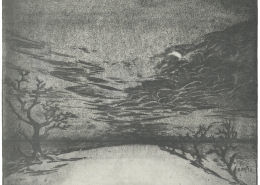 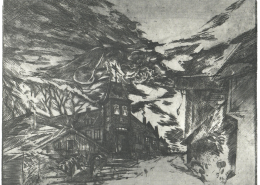 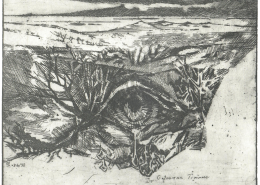 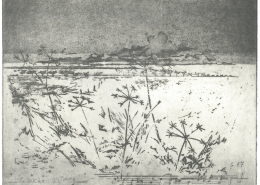 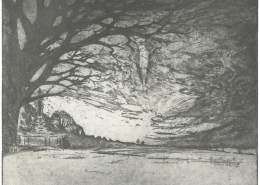 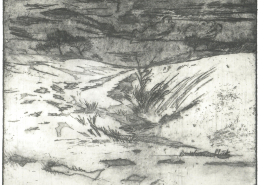 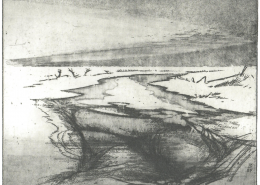 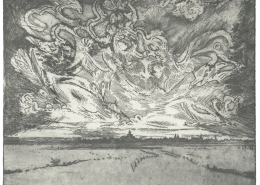 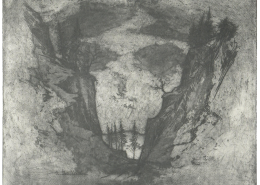 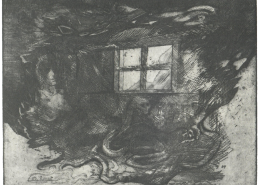 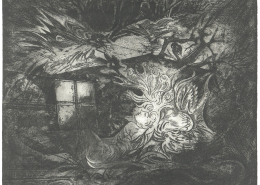 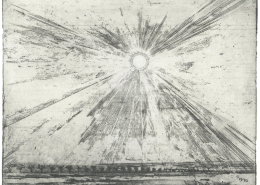 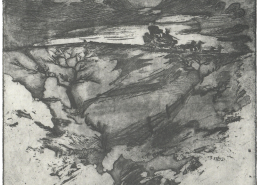 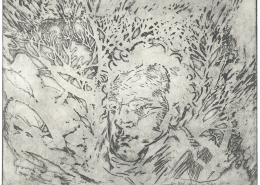 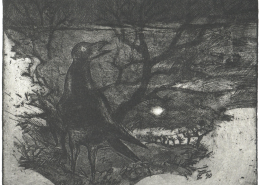 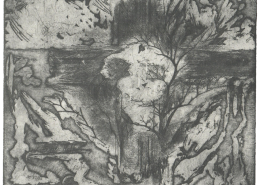 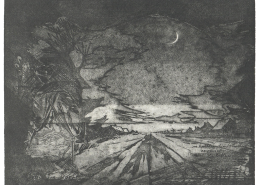 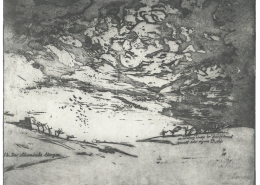 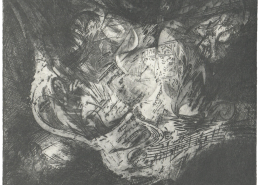 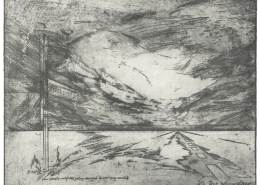 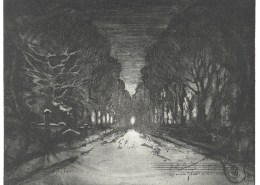 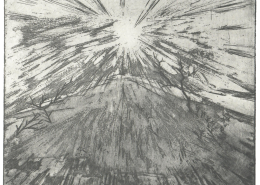 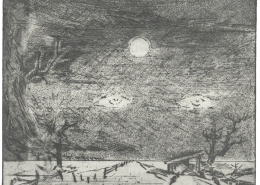 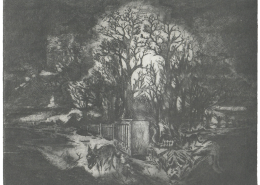 German artist Walter Schrammen was born in Hildesheim in 1923. His father was a dentist and musician and his mother a painter. As a five-year-old Walter already knew what to do with the perspective in the picture; as a first-grader his steam locomotives were very realistic, and as an eleven-year-old he hardly left the house without a sketch pad. He studied art at the Kunstakademie and geography at the Technischen Hochschule, becoming a teacher at Herzog-Ernst-Gymnasium in Uelzen in 1959, where he taught several generations of pupils how to deal with art, which for him would always be a tool against emotional impoverishment. His Winterreise cycle of 24 etchings was born of out of decades of an overwhelming love for Schubert; above all else, it was Schubert that helped the young soldier through the war. Walter Schrammen dealt with the dichotomy between the emotional, the wonderful and the fear and longing for death. He died in his adoptive city, Uelzen, in 2014, at the age of 91.
With grateful thanks to Walter’s very dear friend, Barbara Kaiser, Uelzen / Germany