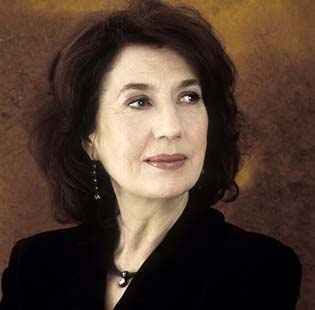 Winterreise. Just invoking the title brings about a kind of inner genuflexion amongst performers, all of whom will instantly relate to their own personal experience of this huge and iconic work.

My problem in writing about Winterreise, is that in the early years of performing it, almost exclusively with my close colleague Wolfgang Holzmair, I was taken to an area of myself where there were no words - just a state of emotion. Hardly active emotion either, more like numbness. It was as if the frost and the snow had immobilised me too, as well as Müller’s landscape. Somehow this immobilisation was nevertheless not a hindrance to rehearsing or performance, rather an appropriate straitjacket to keep me in the state of depression that permeates virtually all the songs, from the very outset. I am not minded to be analytical about the cycle now either, many performances later - although I find that writings such as Ian Bostridge’s brilliant book are extraordinarily enriching and fill me with admiration.

I was lucky enough to be sitting in on the recording of Winterreise made by Fischer-Dieskau and Brendel, at the Siemenshaus in Berlin in the 1980s. Fischer-Dieskau worked in a very precise way - six songs a day, sung twice, and then he was off. It required a sort of gritty focus that was not inappropriate.

Never did it strike me so much as then, how extraordinary  the opening of “Gute Nacht” is - how unusual, to start a cycle with the word “Fremd”, high in the voice - the protagonist (uttering a cry?), already walking away from the town into the frozen wilderness, setting the tone and the pace for twenty-four songs that progress towards unhinged hallucination - and towards the first words addressed to another human being, “Der Leiermann”, himself shrouded in his own inner world, and pinning us to the bare fifth of his hurdy-gurdy..

It is not a world in which we can live for very long and remain sane. For all that I love and worship this work, I am relieved that life has not presented me with a tour of it at any time…