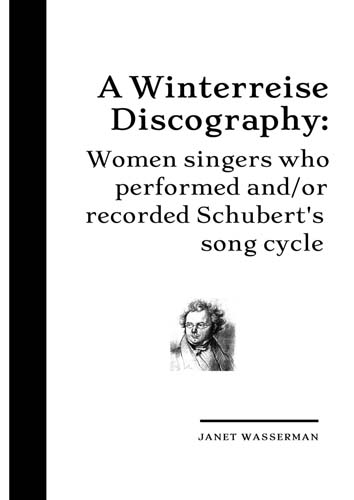 Having scoured the Internet on this topic I was appalled to read what I can only call misogynistic reviews, comments and references about women singing Schubert's Winterreise, and even some other of Schubert's songs. One English commentator who shall remain nameless said flat out that women singing Winterreise sounded like “caterwauling.” Others implicated the female lack of masculine body strength along with the simple annoyance that women would dare to sing “men's” songs. That seems to be a later attitude, possibly the result of the women's suffrage movement and women finally getting the vote. From the end of the 19th century to about mid-20th century it appears that women singing a complete Winterreise, or some of the songs, in live performance got a fair hearing along with their male counterparts.