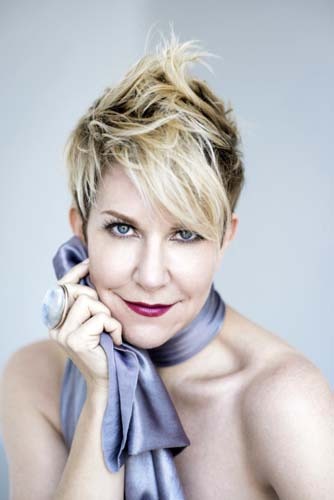 The word “masterpiece” appears often in my line of business, and while the majority of works I participate in unquestionably fall into that category, there still remains THE Masterpieces: those holy relics of unparalleled genius that have changed the course of the art form entirely. Winterreise is this singular, crowning achievement in song.

And yet, as much as I have always loved the great recital repertoire, it never once occurred to me to personally tackle this mammoth undertaking until, just over a year ago, when Yannick approached me with the bold idea of performing Schubert’s masterful journey together. Naturally, I was compelled to give it great consideration: “But it must really speak to you”, he warned. “You must feel deeply called to enter into this world and live there for some time.”

And so naturally I dove in. Completely. And yet, diligent as I was, I couldn’t quite find my way into the protagonist’s world, despite the utterly compelling journey in front of me. It wasn’t a question of gender – I’m used to donning pants on the stage. No. Instead, a persistent question took hold of me and simply wouldn’t let go: “But what about her?” my heart kept asking. In most writings about this cycle, authors gloss over her involvement dismissively: “We don’t know much about her,” the papers reveal, and the discussion promptly closes.

Perhaps it’s my identification with Charlotte in Massenet’s Werther that kept this question front and center in my mind. (I’ve always wondered what happens to her when the curtain comes down. Does she cave in to her passion and follow Werther into his fate of suicide? Does she obediently return to her life with Albert, dutifully, yet completely hollowed-out?) This girl – this catalyst– that prompts our protagonist to flee his life, to embark on his pilgrimage of sorrow and despair, and to journey into oblivion presumably must know of his departure. She must feel it. She must surely wonder about him … after all, she “spoke of love”. Has she mourned his loss? Has she simply gone about her life as is expected of a girl of her stature? How has she moved forward in her life?

This lingering question provided no resolution in Müller’s poetry, and so I set out to create my own story: what if He sent His last journals to Her before he parted? A tormented and painful a scenario to face, what if His final words arrived to her as a kind of suicide note? What if He wanted Her to understand Him? To feel His pain? To experience His torment and despair? To force her to wander alongside Him? And what if She reads the writings? Word for word. Over and over. (“Ces lettres … ces lettres”, Charlotte screams out.)

What happens to the winter’s journey when we feel it through the heart of the one who was the impetus of such agony and despair? The survivor. The one left behind. What does a singular event look like through the differing eyes of two separate people, two separate perspectives? The lives that have entwined so closely cannot be separated or disregarded so easily.
Perhaps one element of a true masterpiece is that it invites itself to be experienced in new light.

So what about she who spoke of love? This can also be her journey …