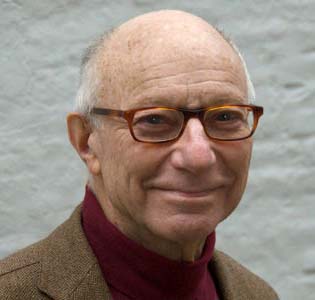 As we all know, numerous books and articles have been published about the most famous of all Lieder cycles. Winterreise has been analysed from head to toe and from left to right. What’s left for me is to share with you some personal experiences and considerations.

At the beginning of my career, I hesitated to tackle Winterreise and Die schöne Müllerin.  I focused on the more modest groups of songs, like Schumann’s Dichterliebe or Gesänge des Harfners, as well as Fauré’s La Bonne Chanson, Ravel’s Don Quichotte à Dulcinée, or Britten’s Tit for Tat.  My teacher insisted: “Max, when will you finally start to work on the Schubert cycles?” and I answered: “With the existing recordings by Dietrich Fischer-Dieskau, Peter Pears, Gérard Souzay, etc. etc., who on earth would be interested in my attempt?”

My miscalculation was that the large audiences, worldwide, never tire of the obvious highlights, while the not so trodden paths only get attention from the ‘happy few’. So, it wasn’t until my thirtieth or so, that I started seriously working on Die schöne Müllerin and Winterreise.  And the work was both formidable and delightful.  Within the context of The Art Song, these cycles are as monumental as, say, Bach's St. Matthew Passion or Britten’s War Requiem in the world of oratorio, and Monteverdi’s Orfeo or Wagner’s ‘Ring’ in the history of opera.

After performing Winterreise in many countries - both with modern piano and with various Schubert pianos - I finally got the chance to also record this cycle, first in Europe, with Jos van Immerseel on fortepiano (Chanel Classics), and later in the USA with Penelope Crawford, also on fortepiano (Musica Omnia).  Between the two recordings at least a decade has passed. Consequently, one hears first a younger, and subsequently a more ‘mature’ voice.  I carry both recordings close to my heart, not in the least because they gave me a chance to show insight into something other than Bach, whose works, of course, are the cornerstone of my career.

Naturally, the best preparation for learning music is reading about the composer’s life and times. Schubert, alas, seldom performed his Lieder in bigger halls for larger audiences. Consequently, his Lieder were mainly heard as ‘Hausmusik’. One gets a good idea of that, looking at the painting of Schubert at his piano with Vogl (his singer) sitting beside him, as they perform for a dozen friends who are standing around the instrument.

It tells me that an intimate approach is the thing to do.

Another guideline is a book called ‘Zeugnisse seiner Zeitgenossen’, in which Schubert’s friends tell about his performing. One contribution is a letter describing one of those house concerts, along these lines: “The other day, I witnessed Schubert and Vogel performing some songs for several dear friends.  It was delightful, but - as had happened before - the recital had to be interrupted because the artists as well as the listeners were too drenched in tears to continue”.  Yes, during the era of High Romanticism, the average person did not hesitate to show emotion, even in everyday life.  In the newspapers, letters to the editor or obituaries were often delivered as a poem, no matter how amateurish.

This teaches me:  put plenty of (small-scale) emotion into your interpretation, even, sometimes, in individual words.

I was told that, somewhere in a museum in Vienna, there is a music book that belonged to Schubert's baritone Johann Michael Vogl, in which the singer has added - in his own hand - some free ornaments in repeated fragments like verses.  And why not?  After all, the time of Handel and Vivaldi was not that long ago.

Hence, sometimes, I take the liberty to vary some repeated themes, ever so slightly.

Other facts to consider: Schubert himself sometimes transposed his songs, if it was better for a singer he liked.  So much for the purists who reject any transposing.

Moreover: Winterreise was composed and published in two sets of twelve songs, which allows us to take an intermission, so as to let performers and  audience catch their breath in the middle of this heavy undertaking.

A last - personal - remark: Clear diction is important in all singing and speaking. But in performing art songs, it is indispensable. Not only because the poetry is the starting point of the whole art, but also because pronunciation can be filled with expression.  By way of example:  the W can sound explosive in ‘Wut’, but soothing in ‘weich’. Likewise, the GR can sound harsh in ‘grollen’, but elegant in ‘gracieusement’.

Consequently, I gave diction a central part in my studies.

So far just a few of many things that come to mind during a lifetime of devotion to the vocal arts.

Enjoy your music, my dear colleagues!

END_OF_DOCUMENT_TOKEN_TO_BE_REPLACED

James Gilchrist: No such thing as a definitive version
Scroll to top