Why Winter Came for Women 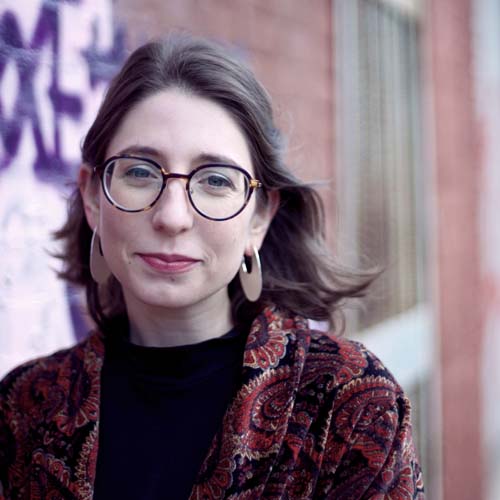 Exploring the exclusion of women from Winterreise’s performance tradition

In preparing for my undergraduate degree recital in the spring of 2017, I approached my studio teacher with one programming request; I wanted to perform Schubert’s Winterreise. Unsurprisingly, she discouraged me from embarking on Schubert’s winter journey, reminding me that the cycle is solely appropriate for men. While recent performances have combatted this misconception, such as that by Joyce DiDonato in December 2019, it is rare to hear a woman embody Schubert’s protagonist. Women once performed Schubert’s Winterreise without considering a gendered narrative, however, contemporary performance practices have conditioned audiences to prefer a masculine portrayal of Schubert’s wanderer. At what point did this become the case? Through further research, I discovered that the exclusion of women from Winterreise’s performance tradition began around 1928 when the Nazi party redefined a once transcendent narrative and continued after the Second World War when a masculine interpretation was crystallized by the recording industry and solidified by the legacy of German baritone Dietrich Fischer-Dieskau.

During Schubert’s lifetime, singers of any gender identity were free to sing Winterreise regardless of Wilhelm Müller’s masculine poetic protagonist. Schubert and his Lied resided within the German Romantic movement which valued textual transcendence; rather than writing with implemented gender roles in mind, poets were thought to write for a non-binary spirit who was beyond physical characteristics, including gender. While Müller’s poetic protagonist embodied the ideal Bildungsroman male, Schubert’s setting introduced a transcendent, non-gendered reading of the text. Edward T. Cone suggests that in setting a text, Schubert simultaneously particularizes and universalizes the poetic narrative, thus when one performs Winterreise, they are not only embodying the narratives of Müller and Schubert, but also their own.1

Despite this transcendent ethos, a masculine narrative has prevailed opposing what transpired in the earliest accounts of Winterreise’s performance tradition. Foremost, Winterreise was not originally performed as a complete cycle, but as individual songs. When Ludwig Tietze premiered the work on January 10, 1828, the performance included only the first song, “Gute Nacht.” 2 The first twelve songs of the cycle were published three days later by Tobias Haslinger, and soon after saw a second performance by Franziska von Pratobevera. In a letter dated January 22, 1828, von Pratobevera’s older sister Marie wrote to her betrothed “our little nightingale really does sing soulfully, especially the latest songs by Schubert, the Winter Journey.”3 Accounts of von Pratobevera include anecdotes which support her legitimacy as a contemporary singer of Schubert lieder; women such as von Pratobevera understood to possess the ideal Romantic sensibility for works such as Winterreise.

Throughout the nineteenth century, women continued performing pieces from Winterreise as revealed through various programs from the late nineteenth and early twentieth century in Vienna and Berlin. Marie Kreihuber, a regular attendee of Schober’s salon, performed selections from Winterreise on April 5, 1858, at the Gesellschaft der Musikfreunde in Vienna. Her close association with Schober, a prominent member of Schubert’s social circle, suggests that such a performance might have occurred within the Schubertiad. Likewise, throughout the 1890s singers such as Hermine Spies and Alice Barbi programmed “Die Post” on their recitals at venues such as the Saal Bösendorfer in Vienna. Barbi often performed songs from Winterreise such as “Der Lindenbaum” and “Der Wegweiser” on recitals throughout the 1890s. Continuing into the twentieth century this practice prevailed as selections from Winterreise were sung in Berlin, Hertha Demlow singing “Der Lindenbaum” at the Beethoven Saal in 1910, and likewise, Maria Deschken doing so at the Männergesangverein in 1928.4

Baritone Julius Stockhausen began the tradition of performing the full cycle with a performance of Winterreise in Hamburg on November 27, 1862. Stockhausen was the first to perform many beloved song cycles in full, premiering both Schubert’s Winterreise and Die Schöne Müllerin, as well as Robert Schumann’s Frauenleben und Liebe. Interestingly, Schumann’s cycle explores feminine themes tracing a woman’s life and love thus, Stockhausen’s 1862 premiere implies that a gender transcendent narrative continued even when cycles were sung in full. As a pedagogue, Stockhausen encouraged his students to perform these works without consideration of a gendered protagonist. On January 12, 1910, a pupil of Stockhausen, German contralto Therese Behr-Schnabel performed the entirety of Winterreise in recital and was one of the first women to do so. Critic Paul Bekker revered her recital, writing “her ability to grasp the spirit of the work and convey it by the sheer power of suggestion was so irresistible that all the usual demands of the listener seemed to disappear.”5

A similar, gender-inclusive trend prevailed in the recording industry. As in the concert hall, women often recorded single selections from Winterreise, sometimes even translating them to their native languages. The first known recording of a selection from Winterreise is of Mezzo-Soprano Jeanne Marié de L’Isle singing “Der Leiermann” in 1906.6 Her recording by the International Zonophone Company is sung in French and titled “Le Joueur de Vielle,” proving significant for not only is the first recording of Winterreise that by a woman, but it is sung in French and accompanied by an orchestra. As in the concert hall, popular pieces from Winterreise such as “Der Lindenbaum” were recorded by various singers such as Elizabeth van Endert (1915), Julia Culp (1917), Maria Zimmer (1917), Elizabeth Rethberg (1925), and Elena Gerhardt (1927).7

Conservative practices which endure today emerge around 1928 alongside the erasure of women from Winterreise’s performance tradition. Not only did 1928 mark the centennial of Schubert’s death, but it also saw the first recording of the work in its entirety by baritone Hans Duhan and pianist Ferdinand Foll. Through his recording and those to follow, a history of voicing was established amongst Lied connoisseurs. Laura Tunbridge suggests that recordings such as Duhan’s could have contributed to a conservative attitude to gender-appropriate performance, noting that prior, “women had sung songs from ‘male’ cycles such as Winterreise and Dichterliebe throughout the nineteenth and for most of the first half of the twentieth century without provoking comment.”8 The authority of taste was now determined by the recording industry, initiating homogenous performance practices. While in the tradition of the Schubertiad a myriad of inclusive interpretations prevailed, the permanency of recordings introduced and reinforced a masculine narrative. This stylistic propagation was soon exacerbated when the genre was redefined to fit the ideals of Germany’s reshaping politics.

When the German Nazi party came to power, musical traditions were redefined under the guise of German nationalism. The establishment of the Reichskulturkammer in 1933 redefined Romantic works as “the most German of arts,” mapping a new agenda onto Schubert’s lieder which were now thought to represent a “valuable monument to the German soul and mind.”9 Atop redefining narratives of lieder, the ideal German protagonist was reborn, the Bildungsroman man. This narrative was applied to Winterreise, musicologists of the Völkischer Beobachter reporting that Müller’s protagonist contained “heroic verve and flaming enthusiasm” which “could provide young hearts with an education in heroic convention.”10 In turn, Nazi redefinition of Schubert’s wanderer excluded women from both the work’s transcendent ability and performance history. In the years following the Nazi reign, women were outwardly discouraged from singing Schubert’s work. When German soprano Elisabeth Schwarzkopf asked why she was not allowed to sing Winterreise, composer Hermann Reutter simply stated “because, Elisabeth, you are not a man.”11

While women once embarked on Schubert’s winter journey, it becomes clear that following the centennial of Schubert’s death, traditions and performance practices were redefined at the expense of inclusive interpretations. As performers and analysts, we must remember that Winterreise was born within the salon, a space which valued textual transcendence and non-gendered narratives. Singers of every gender identity should be able to embody Schubert’s protagonist, reclaiming the wanderer as a product of the Romantic ethos. In doing so, perhaps the genre may gain the ability to return to its gender transcendent origins.

6 Alan Kelly, “Jeanne Marie de L’Isle, X-831736110o” in His Master's Voice: The French Catalogue: a Complete Numerical Catalogue of French Gramophone Recordings Made from 1898 to 1929 in France and Elsewhere by the Gramophone Company Ltd (Westport, CT: Greenwood Press, 1990), 411.

9 Pamela Potter, Most German of the Arts: Musicology and Society from the Weimar Republic to the End of Hitler`s Reich (New Haven: Yale University Press, 1998), 11.

END_OF_DOCUMENT_TOKEN_TO_BE_REPLACED

Inken Stabell: Winterreise – A sequence of 24 etchings
Scroll to top