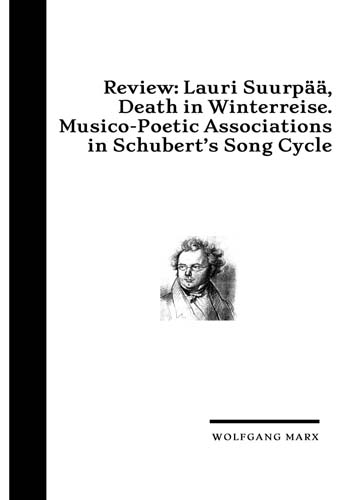 Abstract: Few compositions are more central to the art-song canon than Winterreise, and there is no shortage of literature on what is probably the best-known song cycle of all time. Can anything new be written about it under these circumstances? A lot, actually, as Lauri Suurpää demonstrates in his new book about Schubert’s world-weary wanderer who turns away from his lost love in order to search for death. The book contains three parts. In the first, the author sets out his study’s background and his methodological concepts (four chapters). This is followed by an analysis of the last eleven songs of Winterreise (seven chapters) and a final section in which he draws his conclusions (three chapters).

Marzluff & Angell – In the Company of Crows and Ravens