Susan Younes - Schubert's Poets and the Making of Lieder 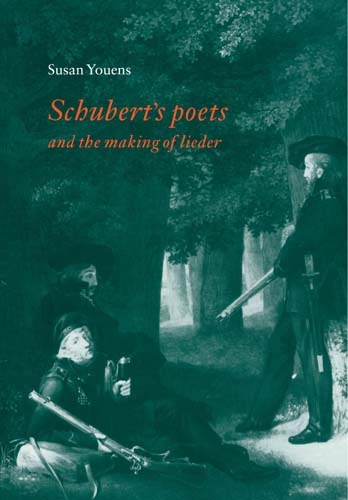 Lieder began with words, with the composer's discovery of a poet and a poetic work, but the scholarly study of lieder has tended to bypass those origins. Schubert's choice of poets has traditionally come under fire for the preponderance of mediocre talent, and yet many of these writers were highly esteemed in their day. In her highly acclaimed study, Susan Youens has chosen four such poets - Gabriele von Baumberg, Theodor Körner, Johann Mayrhofer and Ernst Schulze - in order to re-examine their lives, works, and Schubert's music to their verse. All four poets were vivid inhabitants of a vivid era, and their tribulations afford us added insight into the upheavals, the manners and mores, of their day.