Peter Clive -Schubert and his World 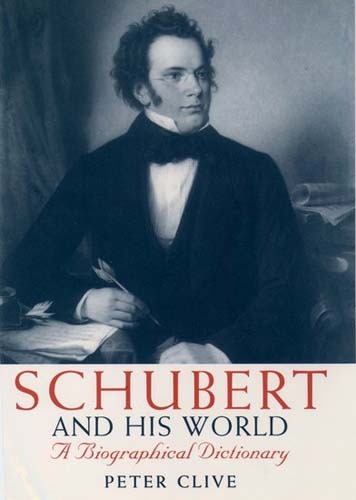 This is the first book of its kind on Schubert. It appears at a time when scholarly and general interest in his life and compositions is greater than ever, and its publication coincides with the celebration of the bicentenary of Schubert's birth in 1797.

The book opens with a chronicle of Schubert's life, which is followed by more than 300 biographical entries offering information not only on his friends and acquaintances, and on persons with whom he was associated through his music (poets, librettists, publishers, patrons, musicians), but also on a number of later `Schubertians' who greatly advanced public appreciation and scholarly examination of his music or made a particularly significant contribution to our knowledge of his life. The book thus adds a fuller context and perspective to the reader's view of Schubert's activities, and indeed of the music itself.