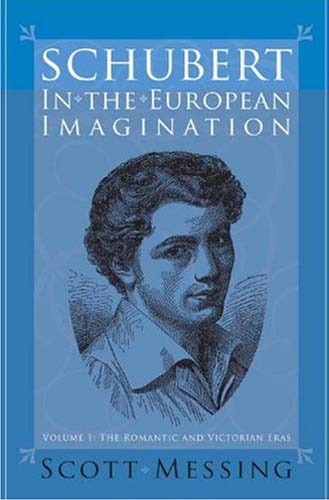 How Franz Schubert and his compositions were viewed in nineteenth-century European criticism, literature, and the visual arts, from Schumann to George Eliot to Whistler.

In Schubert in the European Imagination, Volume 1: The Romantic and Victorian Eras, Scott Messing examines the historical reception of Franz Schubert as conveyed through the gendered imagery and language of nineteenth- and early twentieth-century European culture.

The concept of Schubert as a feminine type vaulted into prominence in 1838 when Robert Schumann described the composer's Mädchencharakter ("girlish" character), by contrast to the purportedly more masculine, more heroic Beethoven. What attracted Schumann to Schubert's music and marked it as feminine is evident in some of Schumann's own works that echo those of Schubert's in intriguing ways.

Over time, Schubert's stature became inextricably entwined with concepts of the distinct social roles of men and women, especially in domestic settings. For a composer whose reputation was principally founded upon musical genres that both the public and professionals construed as most suitable for private performance, the lure to locate Schubert within domestic spaces and to attach to him the attributes of its female occupants must have been irresistible.
The story told is not without its complications, as this book reveals in an analysis of the response to Schubert in England, where the composer's eminence was questioned by critics whose arguments sometimes hinged on the more problematic aspects of gender in Victorian culture.